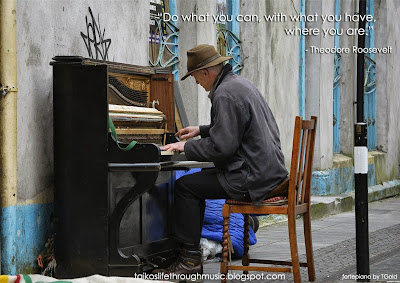 “Do what you can, with what you have, where you are.”
- Theodore Roosevelt


So my brother scored tickets to Blondie and invited me. We got down to the beach early to have dinner and wound up at the Purple Urchin. Both of us got lobster rolls. The food was good, and sitting on the 2nd floor patio was nice.

The seats at the Ballroom were better than I had for Styx. A little closer and less awkward when standing. The opening act was X. I had never heard of them before, but they were good. Aparently in 2003 their two albums from two decades before were voted one of the 500 most influential in music.

Blondie hit the stage wearing hats. Debbie Harry donned a wizards pointy hat. She only wore it for the opening number. I have to say, at 68 years old that woman can still sing. I don't even think her pitch has changed since the 80's. Female voices usually deepen as they get older.

One thing I noticed, and I'm not sure if it is because of her age or not (I never saw them in their hayday) but when she wasn't singing Debbie would stand off to the side. She usually had her hands nicely folded in front of her. No moving too much, simply standing still. She didn't do it every single time, but more often than not. Then it hit me - it was respect. It was out of respect for her band mates who were playing. She always moved out of the spotlight letting them have it for a while. Again, I don't know what she was like on stage 30 years ago, but my feeling is that if she did something similar then than that's exactly what it was. 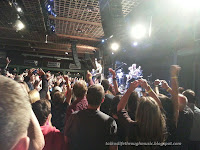 It was a fun night and they put on a great show. The band sounded great, lots of energy, especially the drummer, Clem Burke. He must of had four or five mini solos throughout the night.

Here's some video I took. Not great quality, just something to share with fans. Also there's a few more pictures below. 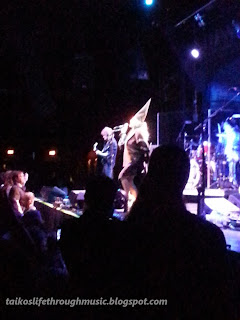 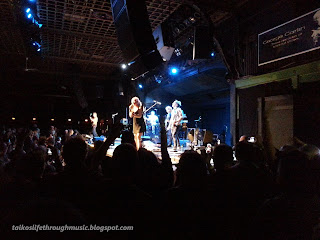 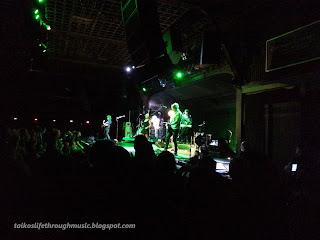